These Breeds Topped the Charts at McMurray Hatchery in 2017

It’s 2018. After a very busy 100th anniversary year, and some much-deserved time off over the holidays, the McMurray Hatchery team is back to work and has started prepping for the first hatch of the season — cleaning, readying the boxes, monitoring the incubators, prepping orders and more. The first chicks hatch the last week in January. For many the new year is a time for reflection, and setting goals and looking forward. As you plan your flocks for the new year, we would like to share with you our five top-selling breeds of the past year. Whether you’re just getting started raising chickens, or have a flock that you want to expand, selecting a breed can be a big task. We find that it can be helpful to have some insight into what other poultry owners are doing when it comes to selecting breeds. 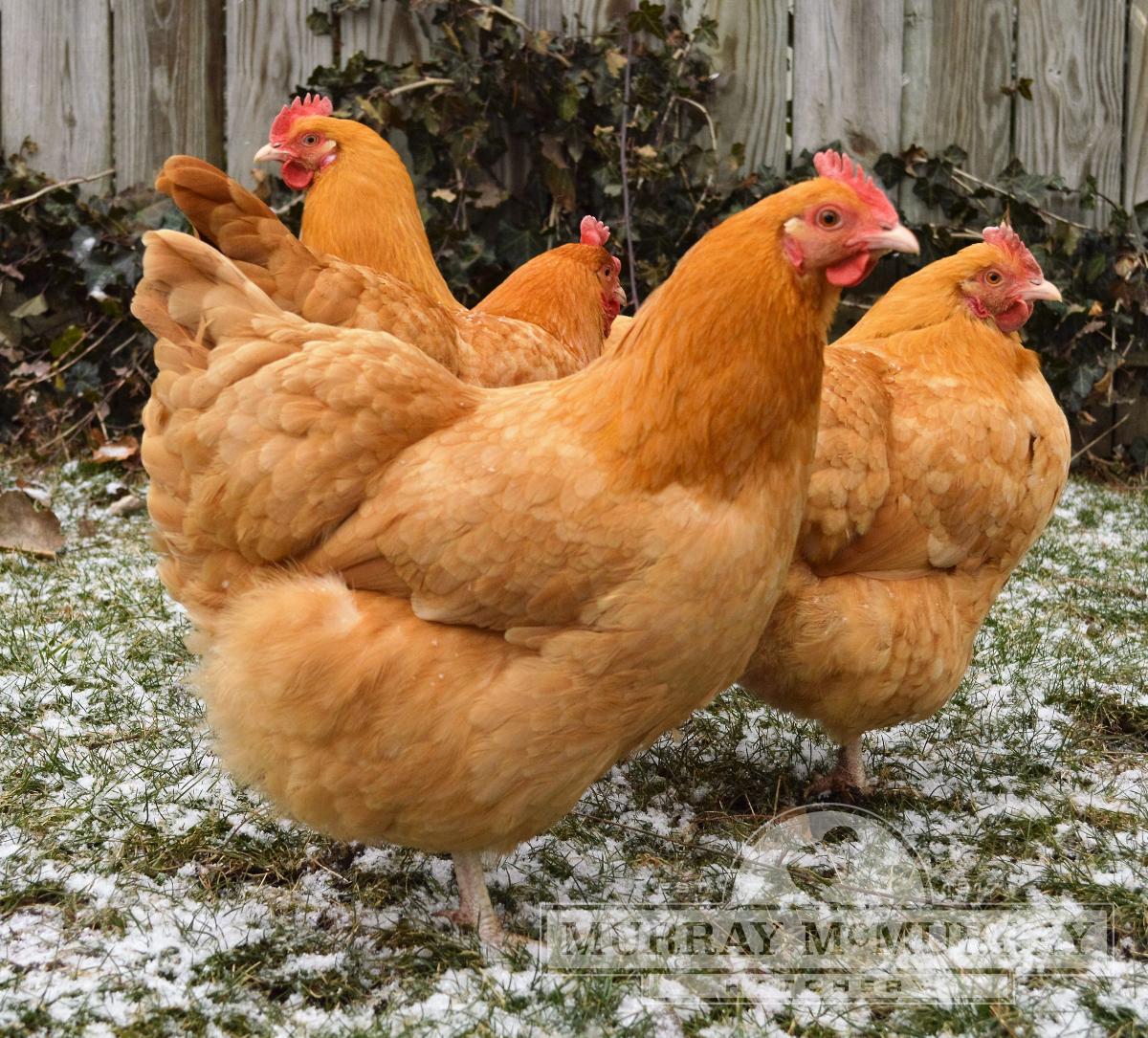 These golden beauties have been one of our most popular varieties for years. Bred for superior egg-laying while retaining meat quality, they are known for their friendly disposition and excellent quality. Originally developed in England in the late 1800’s by crossing Minorcas, Langshans and Plymouth Rocks, their quickly became popular when they were introduced in the United States. Orpingtons come in a variety of colors, but the golden ‘Buff’ is the most common. These large stately birds have glistening golden plumage, pinkish white skin and a wonderfully quiet disposition. Mature weight for males is approximately ten pounds, with females topping out around eight. Baby chicks are a soft light buff color. Buff Orpingtons are one of our most popular brown egg-laying breeds. Their heavy, full plumage make them excellent winter layers. They also make excellent setters and mothers. As a meat bird, Orpingtons are white skinned, plump and juicy.  Females, males and straight run available January through October.
View Availability

Our chicks are recommended for egg laying color and ability, not for exhibition. The Ameraucana “Easter Egger” is an American breed of domestic chicken bred to produce pastel, blue-green eggs. This breed is a blend of Araucanas and the Ameraucanas. While the breed is not for showing, they are beautiful chickens known for their ability to lay beautifully colored eggs — this unique breed is great fun to have when the colored eggs start coming. Adult birds are medium size with pea combs, tailed, muffed and bearded and are generally friendly and calm. Each Ameraucana ‘Easter Egger’ is different — displaying a variety of color combinations and patterns. Baby chicks come in all colors, plain and fancy, just like the adults. Females, males and straight run available January through October.
View Availability The Rhode Island Red is one of the most famous and all-time popular breeds of American chickens. Developed in the early part of the last century in the state of Rhode Island, they have maintained their reputation as a dual-purpose breed through the years. Outstanding for production qualities, they have led contests for brown egg layers time after time — no other heavy breed lays more or better eggs than the Rhode Island Reds. Our ‘production’ strain continuously keeps up the fine reputation of this old favorite. Rhode Island Red coloring is a rich mahogany or a dark rust, and eyes are red-orange. Adult birds are curious, friendly and while they can be a bit pushy, they are known for their friendly disposition. They are also known for their hardiness in all climates. Baby chicks are a rusty red color and the mature birds are a variety of mahogany red. Females, males and straight run available January through October.
View Availability 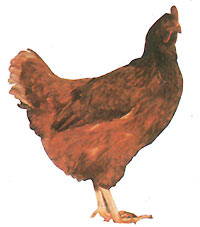 ‘Sex-links’ are chickens whose color at hatching is differentiated by sex. Red Stars are a sex-link, brown egg layer that were bred as a cross between a Rhode Island Red or New Hampshire rooster and a White Rock, Silver Laced Wyandotte, Rhode Island White or Delaware hen. The Red Star is our best brown egg laying breed. At approximately 22 weeks, these hens will start to lay. They are a very hardy breed, laying eggs right through hot or cold weather. They are easy to raise, they lay large brown eggs, and they have a good feed conversion ratio. Hens will mature with feathers that are reddish brown with flecks of white throughout. The males are all white with nice yellow skin. (Note: they will not retain the same characteristics in future generations. Females, males and straight run available January through October.
View Availability Jumbo Cornish X Rocks are the most remarkable meat producing bird we have ever seen. Originally bred by crossing a Cornish with a Plymouth Rock, these broilers have broad breasts, big thighs, white plumage, and yellow skin. Their rapid growth, feed efficiency, smooth finish when processed, and beautiful roasting size makes this breed a best buy for those looking for meat production. Males can be processed at 3 to 4 pounds in just six to eight weeks. Females will take about one and a half weeks longer to reach the same size. Please Note: These birds are not recommended for raising at altitudes above 5000 feet. Jumbo Cornish X Rocks are hybrids, therefore we do not recommend breeding. Females, males and straight run available January through October.
View Availability
In addition to these five breeds, we carry over 100 different breeds of chickens, ducks, geese, swans, pheasants, peafowl and more. To help give you some insights into some of the breeds we carry, we will be highlighting some of our top-selling, favorite, and unique breeds in this ongoing Best of Breeds blog series. If you have further questions, check out or online chick selector or read through our user forums. And, be sure to order your free copy of our 2018 catalog.