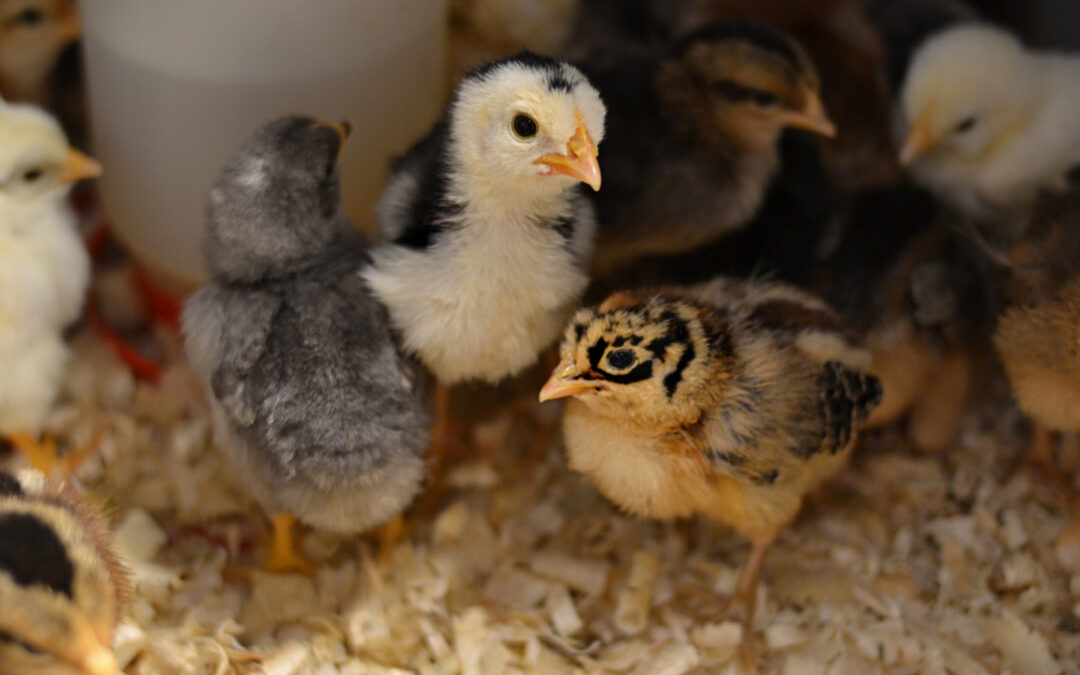 Coccidiosis is the most common disease in baby chicks and turkey poults, and also the most common cause of death. Continuing our interview series with poultry expert and best-selling author, Gail Damerow, we ask her what causes coccidiosis and what can be done about it.

To start with, what is coccidiosis?

“Coccidiosis is an intestinal disease caused by tiny parasitic protozoa that naturally colonize the intestines of birds and other animals,” Ms. Damerow explains. “Some coccidia protozoa are harmless. Others, if they become too numerous, cause the serious illness known as coccidiosis.”

So can chicks and poults get coccidiosis from, say, dogs or goats?

“No,” Ms. Damerow states emphatically. “Many different animals can be infected with coccidiosis. However, the same species of coccidia protozoa that infect poultry do not affect other livestock. Likewise, poultry cannot get coccidiosis from other animals.

“Only one coccidia species is known to infect two different types of poultry — turkeys and guinea fowl — but it is quite rare. All other coccidia infect only a single poultry species. Furthermore, compared to chicks and poults, guinea keets are much less susceptible to coccidiosis.”

What causes poultry to get coccidiosis?

“A female protozoan in a bird’s intestines sheds eggs that are expelled in the bird’s droppings,” Ms. Damerow explains. “If a chick pecks and eats protozoa eggs, they hatch inside the chick to make more protozoa.

“Each protozoan that hatches in a bird’s intestines releases millions of eggs that are expelled in the bird’s droppings. So you can see how fast coccidia can multiply if a baby bird keeps pecking droppings from brooder litter, or that have landed in the feeder or drinker.”

Why are young chicks especially susceptible to coccidiosis?

“All ground-fed birds are exposed to coccidia throughout their lives,” says Ms. Damerow. “However, gradual exposure allows them to eventually develop immunity.

“Poultry brooded on clean loose litter develop gradual immunity. On the other hand, chicks kept in a brooder with wooden slats or a hardware cloth floor, and then later moved to housing with a solid floor, haven’t had much exposure to give them immunity, so they can become seriously infected.

“Furthermore, birds become immune only to the coccidia species occurring in their environment. So healthy chicks brought together from different sources may not all be immune to the same species. They therefore may transmit disease to one another, with devastating consequences.”

At what age are chicks most vulnerable to coccidiosis?

“Coccidia populations in a brooder take time to accumulate to dangerous levels, so chicks rarely become infected before they are about three weeks old,” Ms. Damerow says. “Coccidiosis generally appears at three to six weeks of age. The worst cases typically develop at four to five weeks.”

Can coccidiosis be prevented?

“Oh, yes. One way to prevent coccidiosis is to request that your chicks be vaccinated before they’re shipped from the hatchery,” says Ms. Damerow. “Vaccination stimulates natural immunity that produces lifelong protection against coccidiosis.

“Another way to prevent this disease is to use medicated chick starter. It is designed to allow chicks to develop immunity without getting sick. However, never feed medicated starter to chicks that have been vaccinated, because it would neutralize the vaccine.

“The best preventive measure is to manage brooder litter to avoid developing damp spots and caked droppings, and to keep feeders and drinkers free of droppings. Especially important is to wash drinkers each time you refill them.

“Another measure is to get your chicks out of the brooder and onto clean pasture as soon as they’re feathered out enough and weather permits. Birds on pasture are much less likely to become infected than birds living in crowded conditions, brooded on damp litter, or allowed to drink water fouled with droppings.”

How can you tell if a chicken has coccidiosis?

“One of the first signs is in chicks that start eating less when you would expect them to gradually eat more as they grow bigger,” Ms. Damerow explains. “Other signs include slow growth, a change in the droppings — such as runny, off-color, or tinged with blood — and dehydration due to diarrhea.

“Depending on the species of coccidia involved, this disease may develop slowly, or bloody diarrhea and death may come on fast. A fecal exam by a veterinarian will tell you if your chickens have coccidiosis and should reveal which species of coccidia are involved.”

If you suspect coccidiosis, what should you do?

“An important thing to realize is that this disease is serious, so it’s no time to experiment with off-beat cures offered on Internet forums,” Ms. Damerow says. “Another important thing to know is that coccidiosis can’t be cured with medicated feed.

“Even when infected chicks stop eating, they will continue to drink water. So treatment involves dissolving an anticoccidial medication in their water. Treatment usually works quickly and effectively if started at the first signs of disease.

“But without being certain your birds even have coccidiosis, using the wrong drug can do more harm than good. So if you suspect coccidiosis, isolate the sick birds, take a sample of fresh droppings to your veterinarian, and ask for a fecal test and a recommendation for treatment.

“Above all, educate yourself about the nature of coccidiosis. With this knowledge, you will be prepared to act fast in the event you are ever faced with this dreaded disease.” See other articles with author and poultry expert, Gail Damerow.

Gail Damerow has been keeping chickens for nearly 50 years and has written several books about them including Storey’s Guide to Raising Chickens, The Chicken Health Handbook, The Chicken Encyclopedia, Hatching and Brooding Your Own Chicks, and What’s Killing My Chickens? For more about Ms. Damerow, visit her blog at GailDamerow.com. 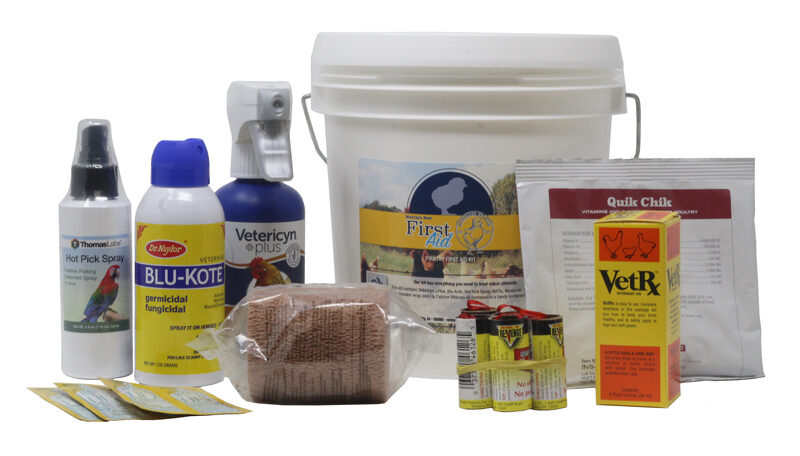 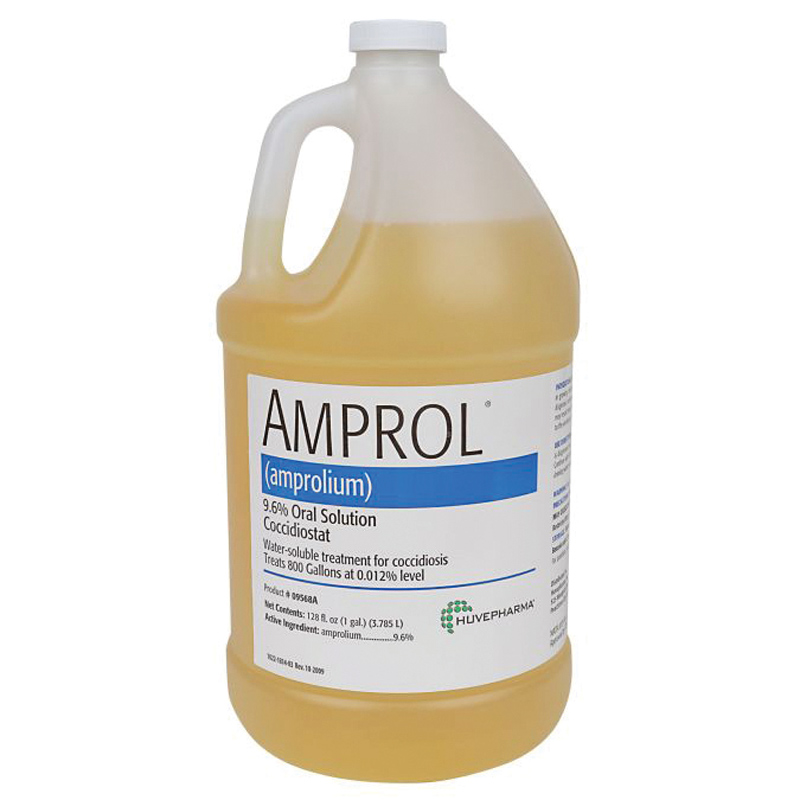