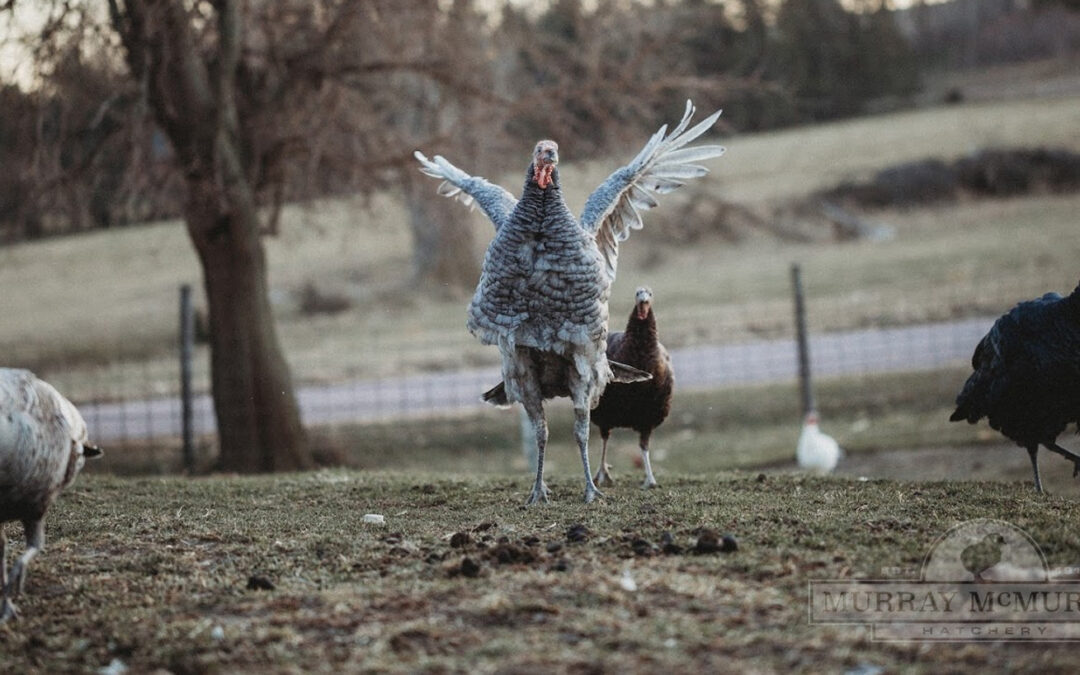 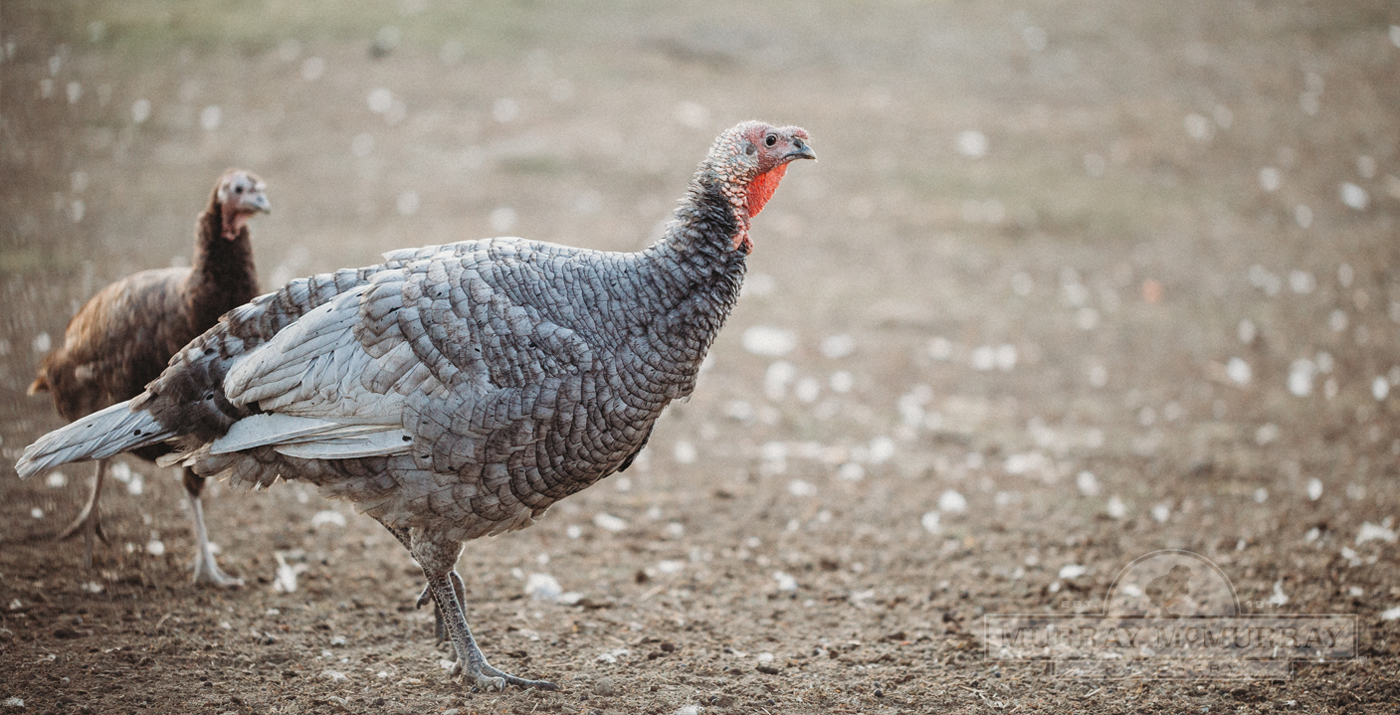 What is a Heritage Turkey?

Breeds of turkeys that are directly descended from wild indigenous flocks in North and South America are considered to be Heritage breeds. The Livestock Conservancy further defines Heritage turkey breeds as those that are able to mate naturally without assistance, and those that have a long, productive outdoor lifespan.

A resurgence of interest in Heritage poultry breeds has helped some breeds recover from nearly being extinct. 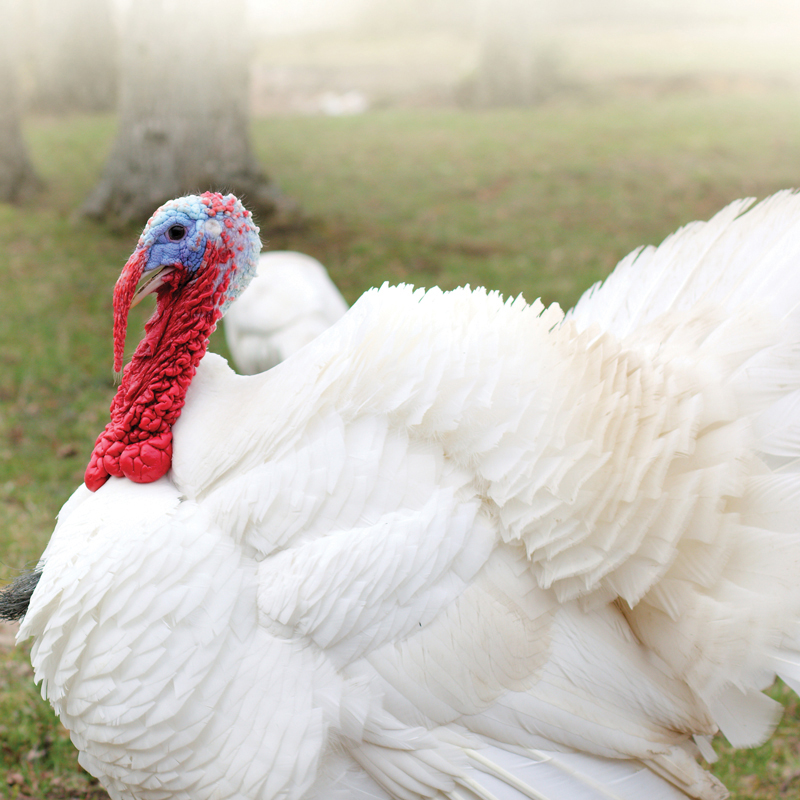 What is a Production Turkey?

Production turkeys, particularly the Giant White, are popular because they dress easily. The dark pin feathers often seen on the Bronze variety are not as appealing to market customers.

Commercial broad breasted turkeys reach mature weight at about 16 to 22 weeks, as opposed to 26 to 28 weeks in Heritage turkey breeds.

Heritage and production turkey meat are both fairly similar when it comes to nutrition. The most noticeable difference often comes from what the turkeys are fed. Allowing the flock to safely forage will lead to better nutrition and higher overall meat quality. Heritage breeds are naturally more likely to forage for a good percentage of their nutrients.

Another difference in the taste of Heritage turkey breeds is the deeper, richer flavor. This is because Heritage turkeys are often able to use their muscles more while they mature outside. Most commercially raised production turkeys are kept in indoor environments. You might be able to raise a more flavorful production turkey if you allow the birds time to free range, and by giving them plenty of room to move around in their enclosure.

While Heritage turkeys have less white meat than production breeds, most people agree the overall taste is worth the tradeoff. Heritage turkeys also have a sub-layer of fat that develops during their longer grow-out time. The fat-to-meat ratio is still lean, but imparts a better flavor to the bird.

Cooking a Heritage breed turkey is different from cooking a 30-pound production tom. Most people recommend that you start roasting a Heritage bird at a higher temperature, allowing it to brown first, and then lower the temperature to finish roasting. This helps the bird maintain moisture while enhancing flavor and texture.

Breeding Turkeys on Your Homestead

Production turkeys are unable to naturally mate due to the qualities they are bred for. In commercial operations, the hens are artificially inseminated because the toms cannot successfully mate with them. However, even though they do require a bit of extra assistance to reproduce, production birds are ready for the table in a relatively short time frame.

If raising successive generations of turkeys is part of your plan, you will want to choose a Heritage turkey breed. You can expect slower growth to butchering weight with Heritage birds. However, some good points to consider are that they are excellent foragers that require less grain, and they possess a natural hardiness. Therefore, if you are raising primarily production turkeys, bringing in a Heritage tom can add disease resistance to your lines, and can have a positive effect on natural reproduction. 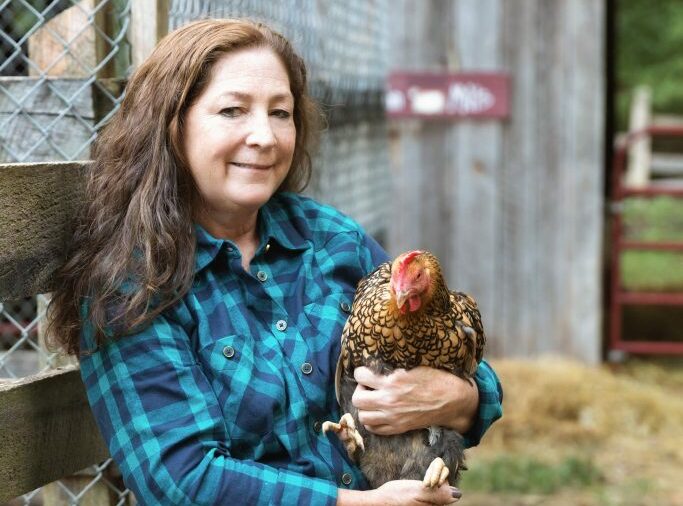 Janet Garman of Timber Creek Farm is an author, fiber artist and farmers with a love for animals and sustainable living. Janet has a degree in large animal farm management and animal science from the University of Maryland, and helps others learn to raise livestock, chickens, ducks, rabbits, and manage a small farm. Her articles on keeping animals, small farms and homesteading can be found in many popular websites. Janet has is the author 50 Do-it-Yourself Projects for Keeping Chickens, Chickens from Scratch and many books about fiber arts and farming with animals. 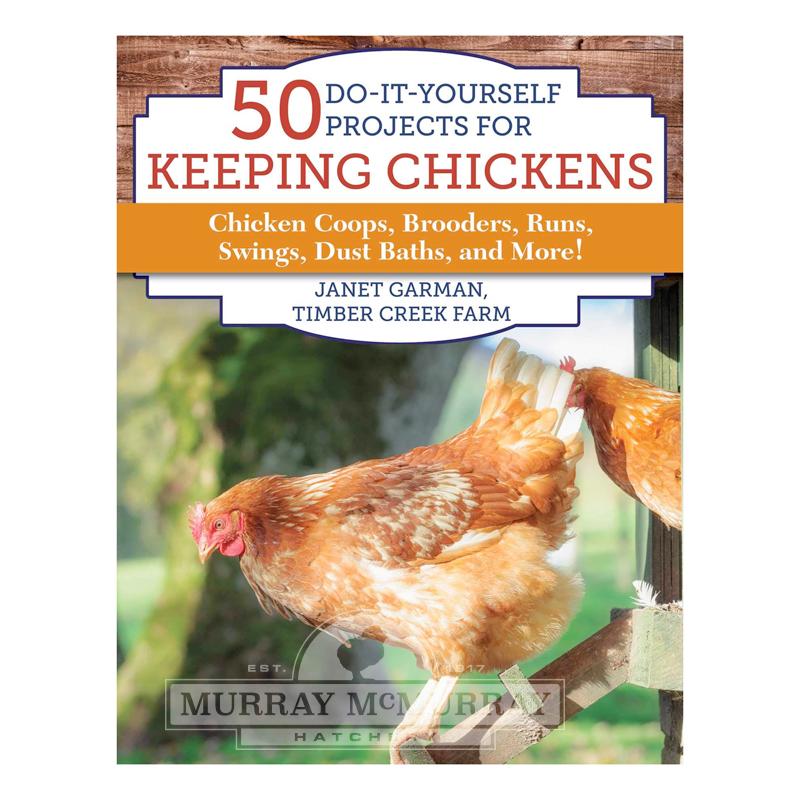 50 Do-it-Yourself Projects for Keeping Chickens, by Janet Garman, contains a variety of DIY projects with clear, step-by-step instructions. With many budget-friendly and upcycling projects, you can use items you already have on hand to create a wide range of items for your chickens 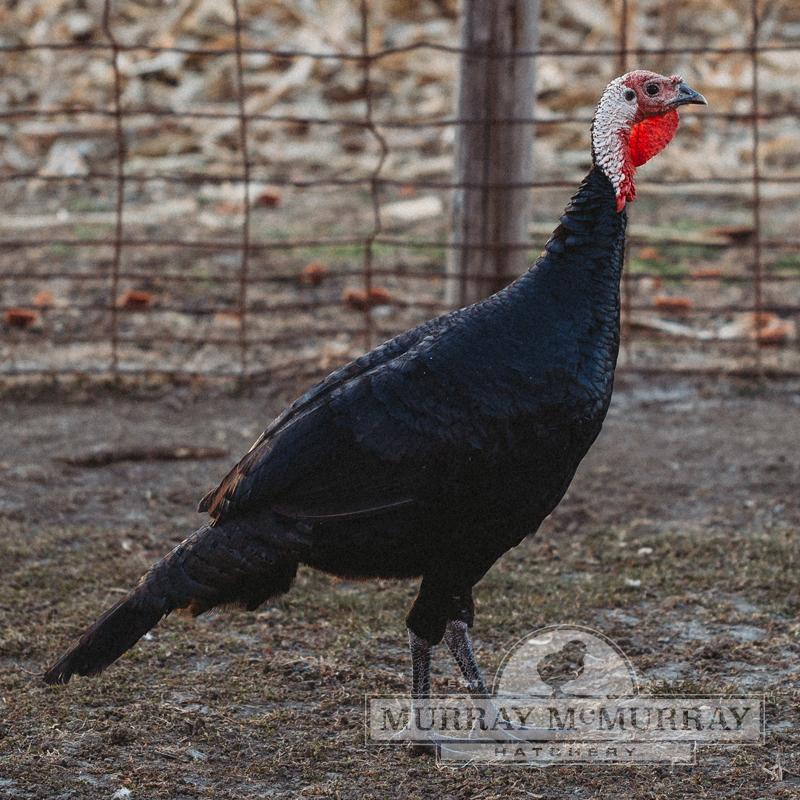 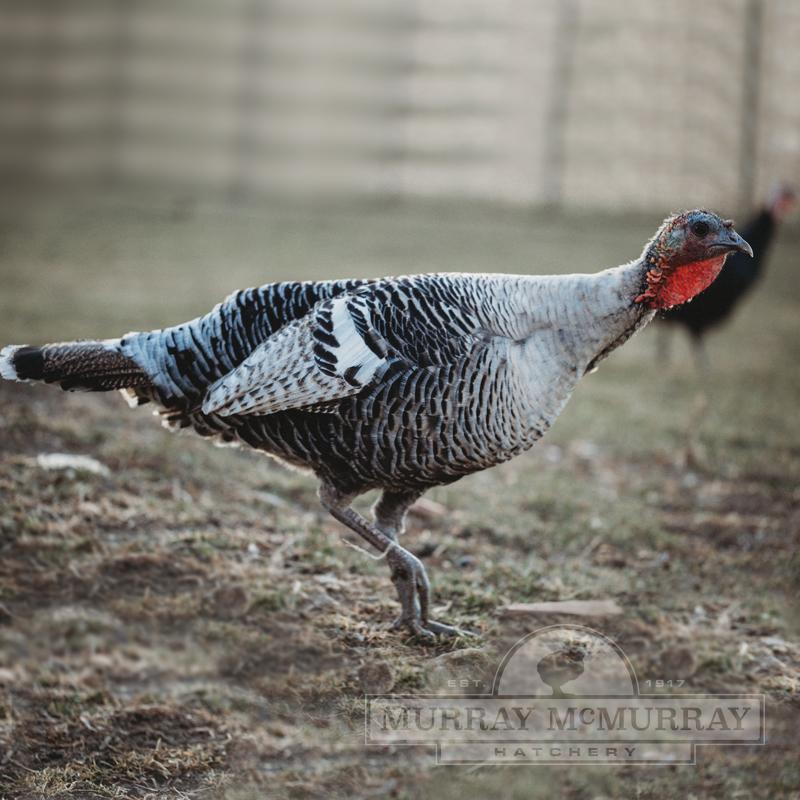 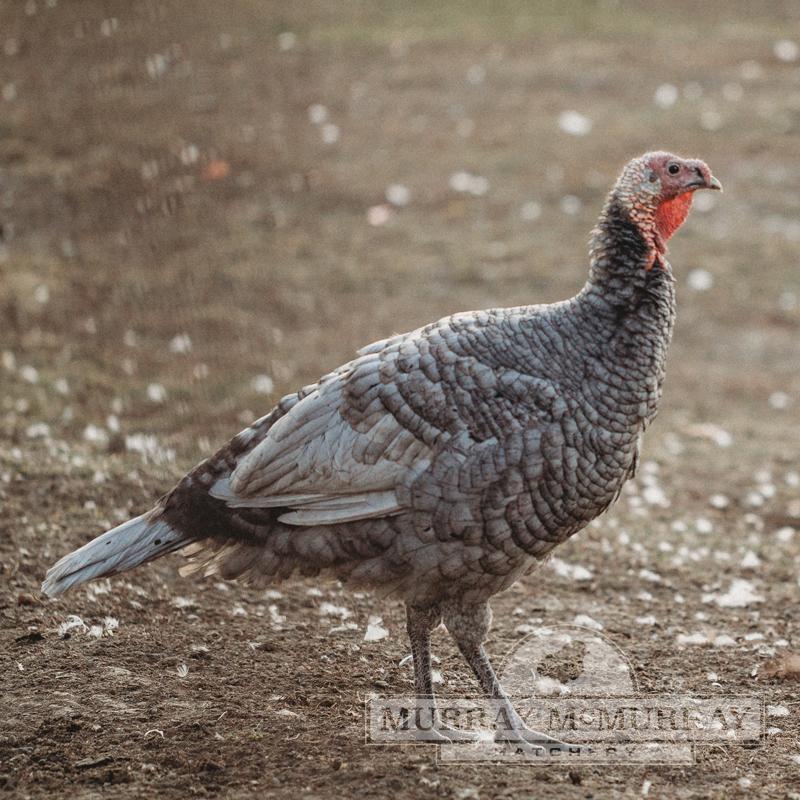 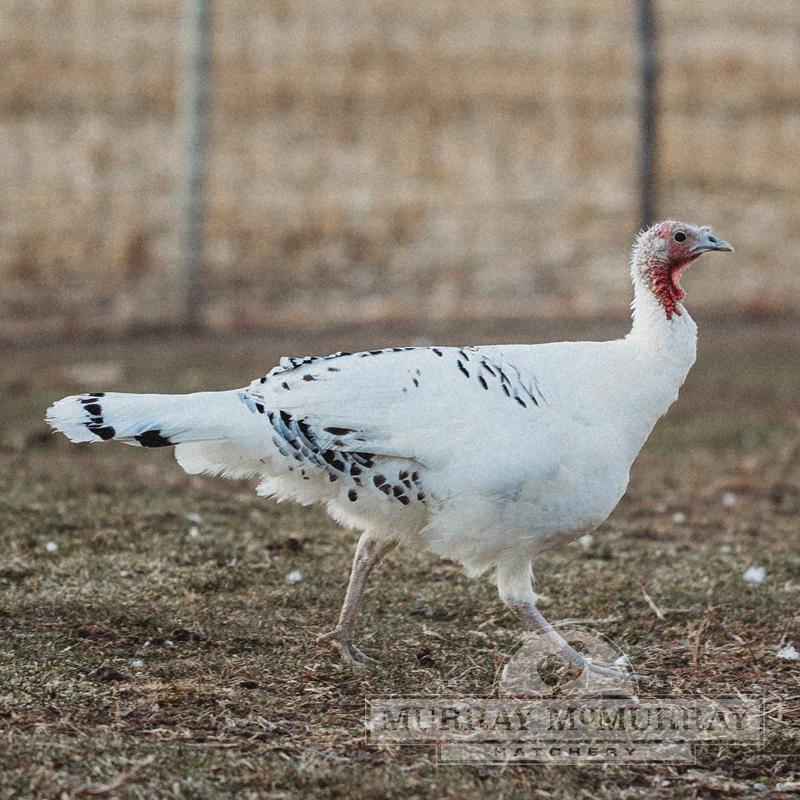 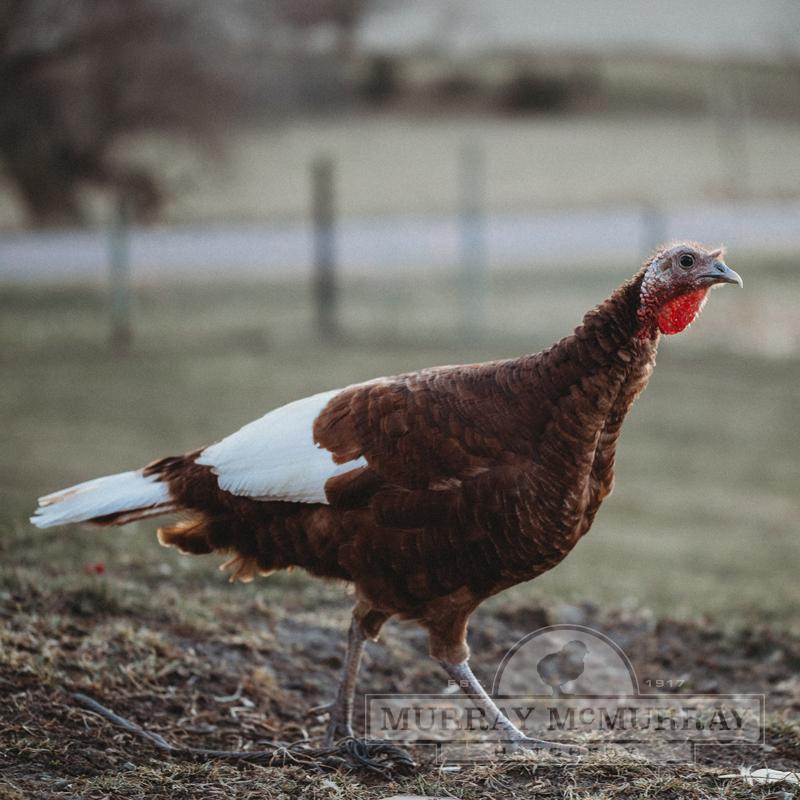 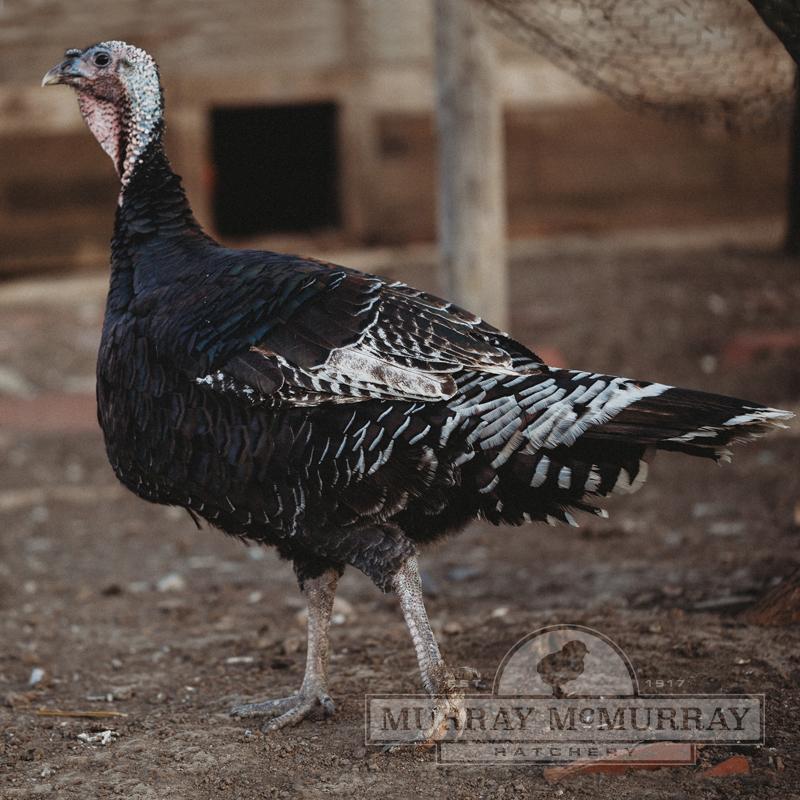 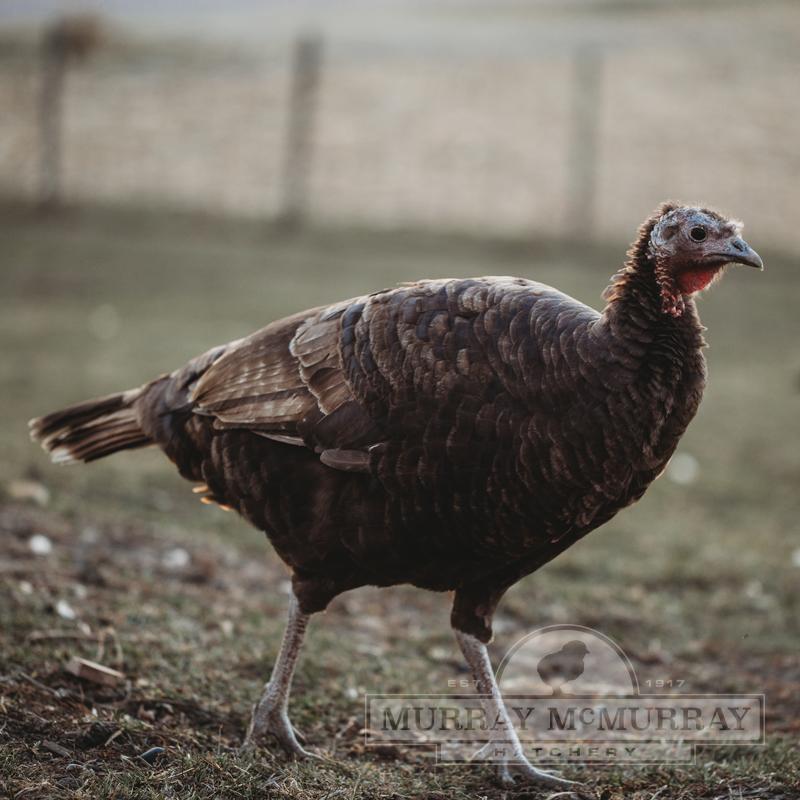 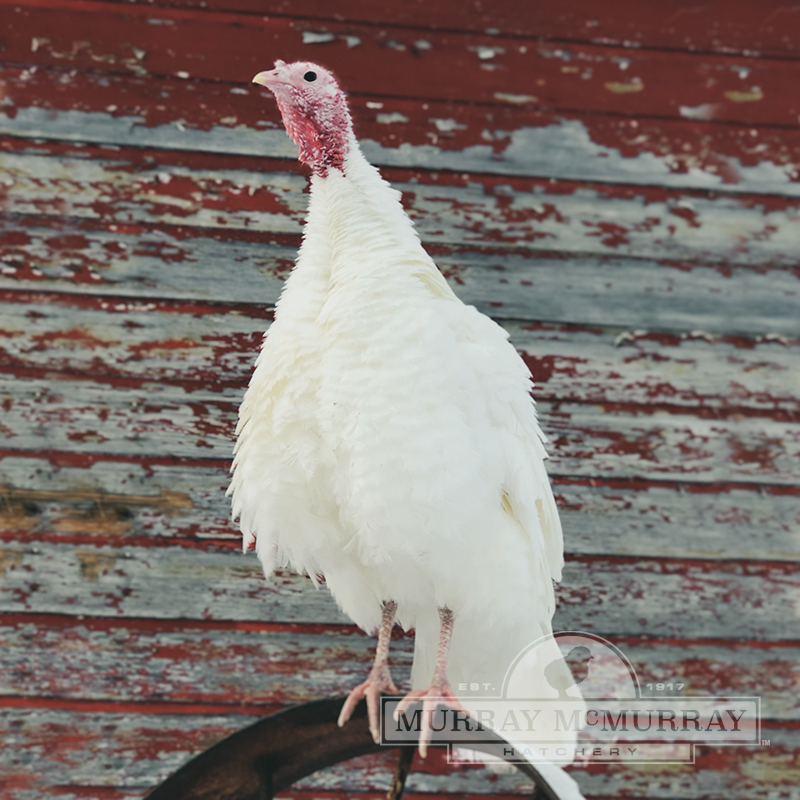 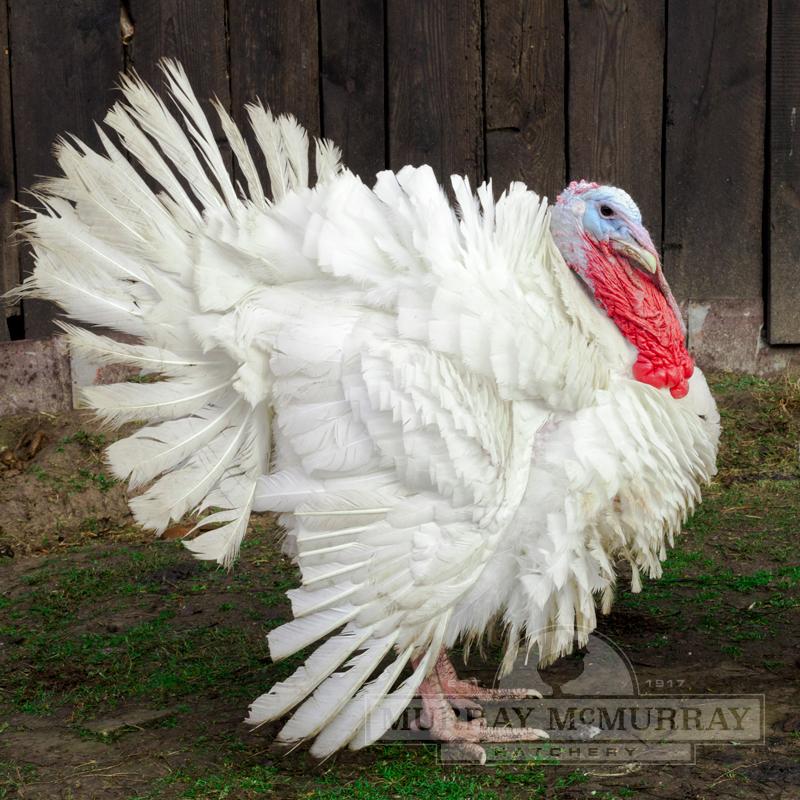 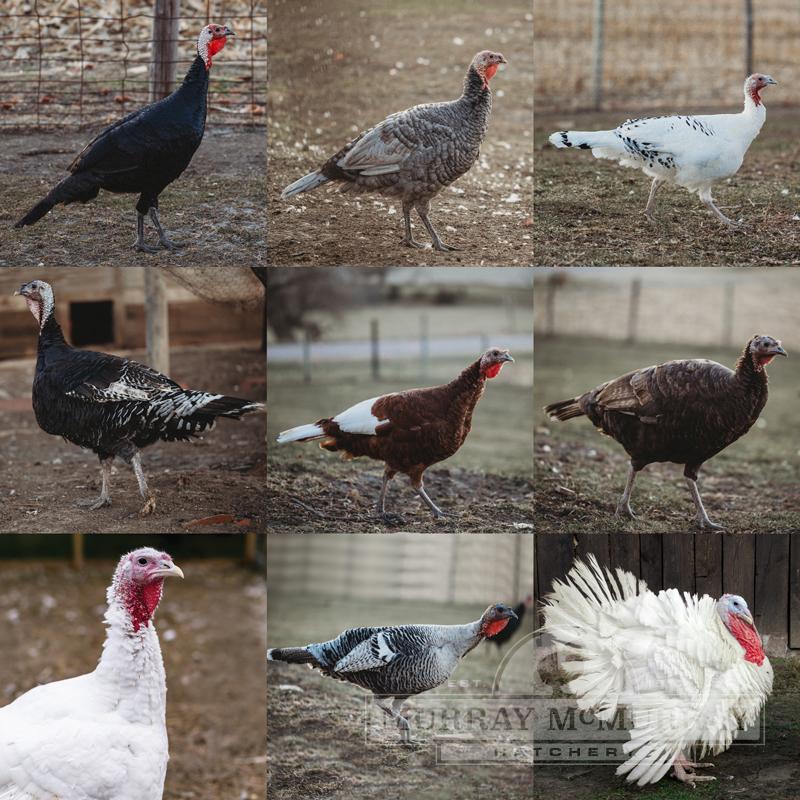 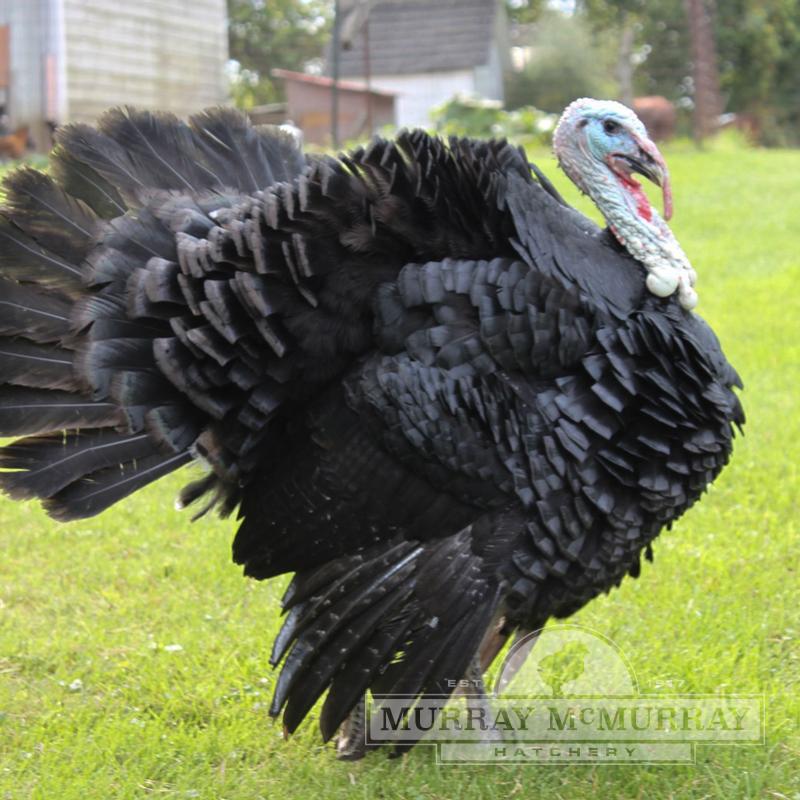 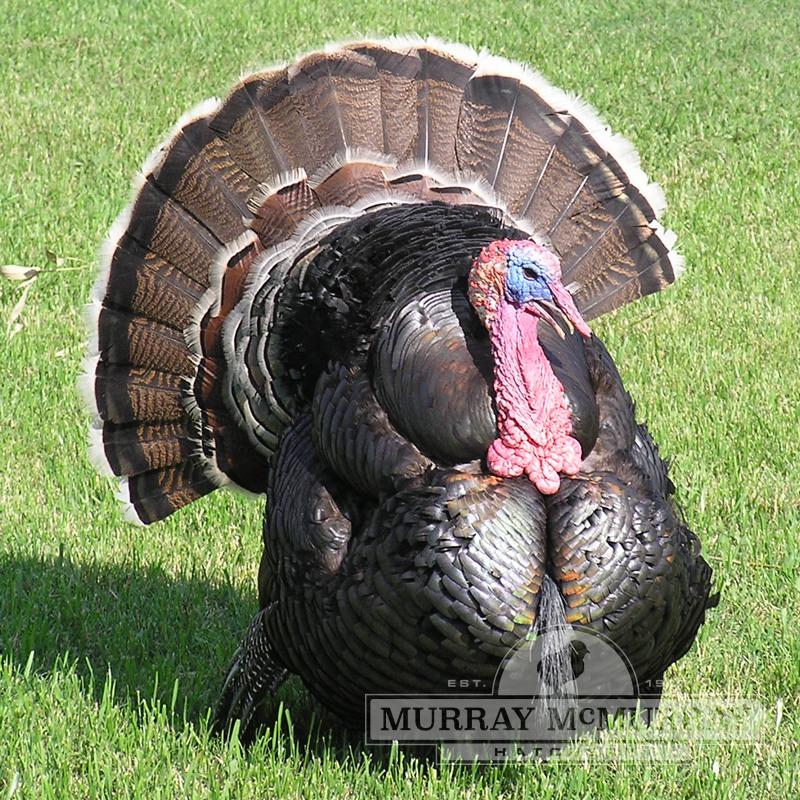 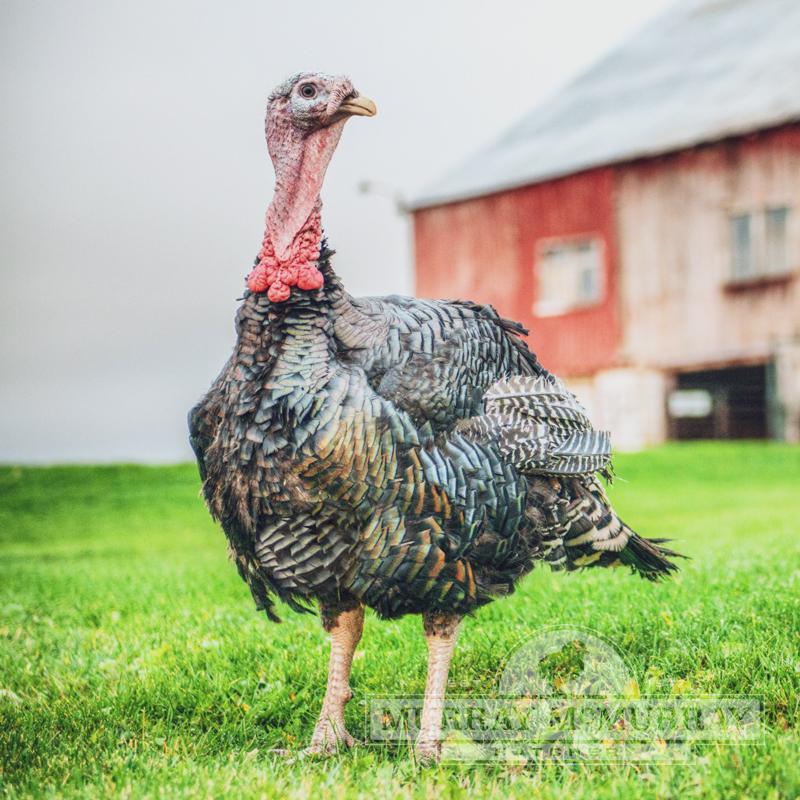 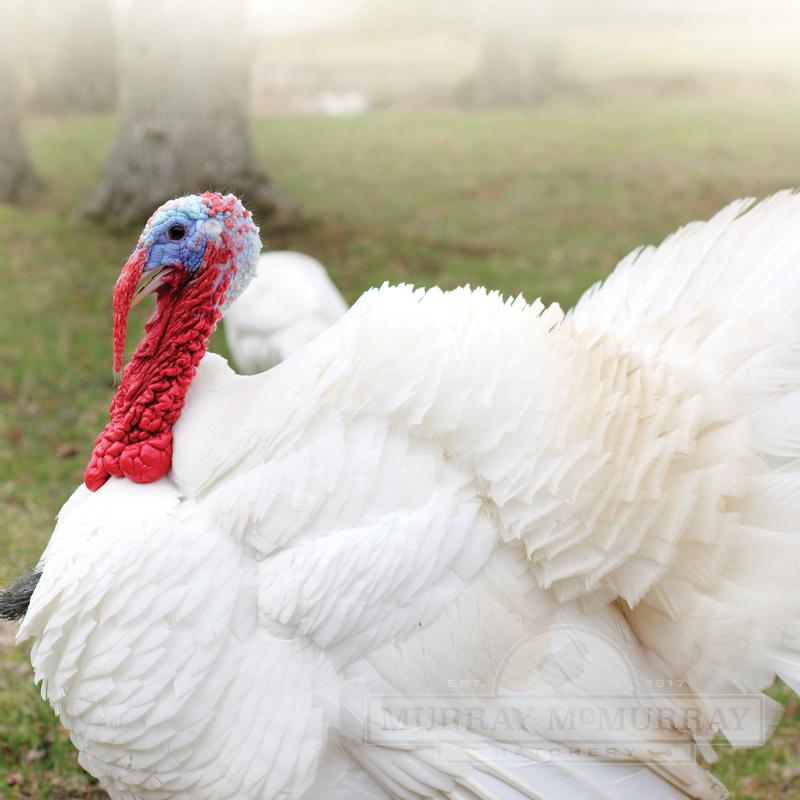 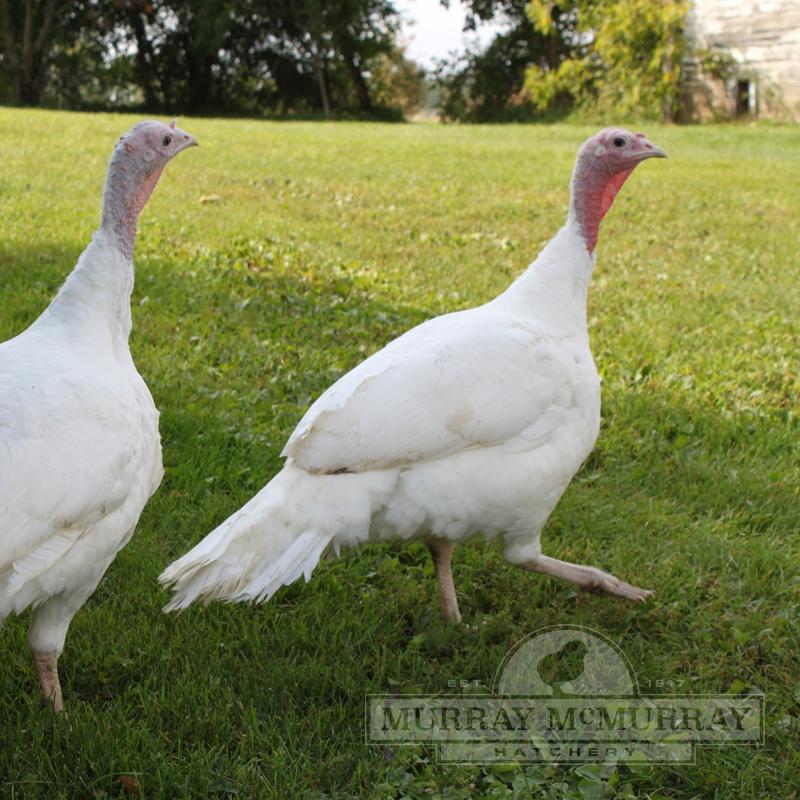 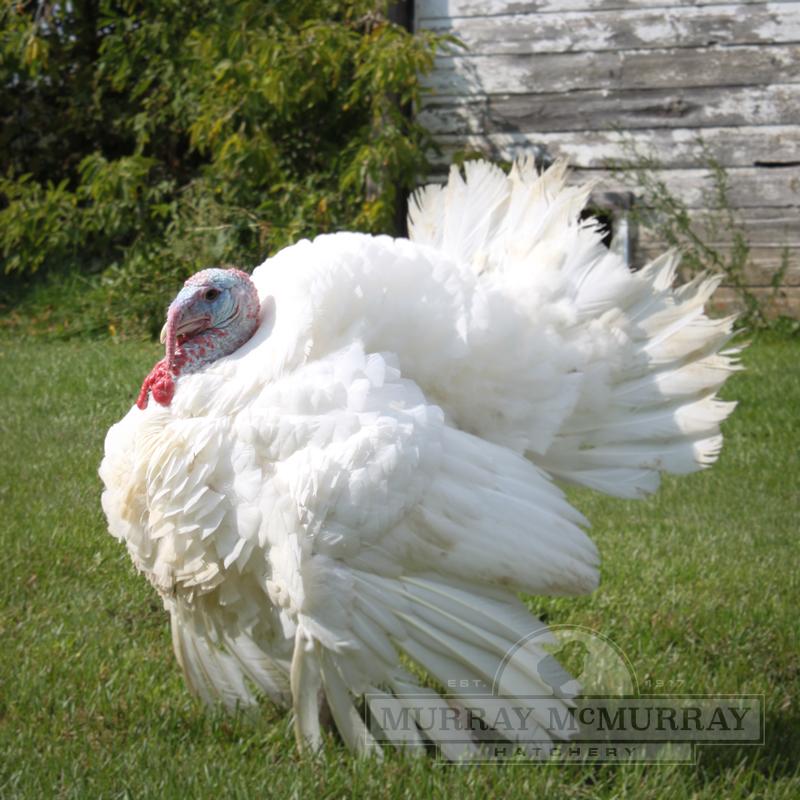