Marek’s disease (MD) is a highly contagious disease of chickens characterized by a) varying degrees of paralysis of wings and legs and/or b) development of lymphoid tumors.  Marek’s disease is found in broiler chickens raised for meat and in laying hens maintained for egg production.  “Range paralysis” is an old, but very descriptive name for MD.  With this condition, chickens are unable to walk and tend to lie with one leg stretched forward and the other back.  Paralysis of one or both legs is caused by accumulation of neoplastic lymphocytes in nerves which causes structural damage and nerve enlargement.  Death often results from starvation and dehydration because paralyzed chickens are unable to reach food and water.  After 3 weeks of age, chickens may develop tumors (lymphomas) in almost any tissue or organ.  Chickens with lymphomas frequently become depressed, stop eating, often have pale shriveled combs, and become emaciated prior to death.  Marek’s disease tumors are gray-white in color and may appear as distinct nodules or as a diffuse infiltration that makes the affected organ look paler than normal.

Marek’s disease is a form of cancer caused by a herpesvirus (Gallid herpesvirus 2).  Marek’s disease viruses are placed into categories based upon their ability to produce disease.  These categories include mild, virulent, very virulent, and very virulent plus strains of Marek’s disease virus.  The virus initially infects and destroys B lymphocytes which causes a transient immunosuppression.  However, most neoplastic cells present in tumors consist of CD4+ helper T lymphocytes.  In addition to paralysis and tumors that are the most common manifestations of MD, several other syndromes occur.  Immunosuppression develops in the early stages of infection due to destruction of B lymphocytes that normally produce antibodies.   Skin leucosis results from accumulation of neoplastic lymphocytes around feather follicles.  “Gray eye” describes the appearance of chicken eyes after MD tumor cells have infiltrated the iris and cornea and results in blindness.   Atherosclerosis in chickens is caused by MD virus and closely resembles chronic human atherosclerosis.  Atherosclerosis is an accumulation of cholesterol‑filled plaques on the inner walls of blood vessels which reduces the diameter of the vessel lumen.  Transient paralysis is caused by MDV-induced damage to blood vessels in the brain with subsequent leakage of fluid into the surrounding brain tissue.  Temporary swelling of the brain causes chickens to develop nervous tics and twisted necks.

Marek’s disease virus in large numbers are shed in keratinized feather follicle epithelial cells (dander) that slough off the surface of the skin of infected chickens and are disseminated by air currents.  Shedding begins 2 to 4 weeks after infection, prior to the appearance of clinical disease, and can continue for the life of the chicken.  Dander protects the virus from physical degradation and contaminated poultry house dust remains infectious for at least 4‑6 months at room temperature.  Dander is a major component of poultry dust and inhalation of keratinized epithelium containing MD virus is the major route of infection.  Chickens may contact residual dust and dander in the growing house from a previous flock or dust from adjacent chicken houses.  Poultry dust can remain infectious for over a year.  Contaminated dander may be spread from one location to another on undisinfected eggs, contaminated clothing, shoes, equipment, and vehicles.  Feather tips contain MD virus and darkling beetles can carry the virus from one location to another.  Once introduced into a house, infection spreads quickly from bird to bird.  Transmission through the egg does not occur.

Prevention requires a combination of good hygiene and vaccination.  Chicks placed in a contaminated environment are likely to be infected within the first few days of life.  Delaying the time of exposure allows more time for development of the chick’s immune system and immunity following vaccination in the hatchery.  Up to 7 days is required for solid immunity following vaccination.  Failure to prevent early exposure is the most common cause of vaccine failure.  Exposure to MD virus can be delayed and the challenge dose diminished by careful cleaning followed by disinfection of the brooder house prior to chick placement.  Thorough cleaning is an essential first step because droppings, dust, and other organic matter remaining on surfaces will inactivate disinfectants.  Chicks should be housed in a building that do not contain older chickens.  Older chickens are likely to be shedding MD virus and represent a potential source of infection for baby chicks.

Marek’s disease vaccine was the first practical effective cancer vaccine in any species of animal and represented a major scientific advance in medical science.  The first commercial vaccine against MD was the herpesvirus of turkeys (HVT, serotype 3) introduced in 1971 and still widely used today.  HVT can still be obtained as a cell-free lyophilized vaccine that does not need to remain frozen to maintain potency.  HVT became less effective as MDV in the field became more virulent.  In the early 1980’s, bivalent vaccines containing HVT and naturally non-oncogenic serotype 2 MDV became available.  Serotype 2 vaccine viruses include strains SB-1 and 301B/1.  Serotype 3 vaccine (HVT) and a serotype 2 vaccine (SB-1 or 301B/1) have synergistic activity when combined and administered together.  During the 1990s, field strains of MDV became even more virulent and a serotype 1 vaccine was employed to generate higher levels of immunity.  This vaccine (Rispins, CVI988) was developed at the Central Veterinary Institute in the Netherlands and is now widely used in the United States and around the world.   Serotype 1 and 2 vaccines are cell-associated vaccines and consist of frozen, viable MDV-infected cells that require storage and transport in liquid nitrogen.  MD vaccines can be administered subcutaneously on the back of the neck at 1 day of age or in fertile eggs (in ovo) at 18 days of incubation.  More broilers in the United States are vaccinated by the in ovo method.

Click here to learn more about Marek’s disease on the McMurray Hatchery Blog. 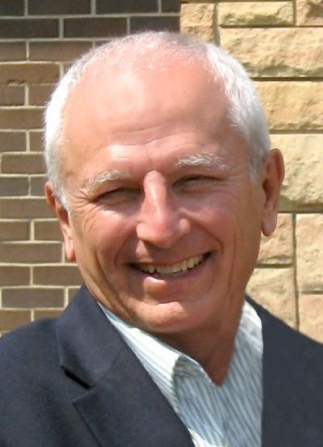